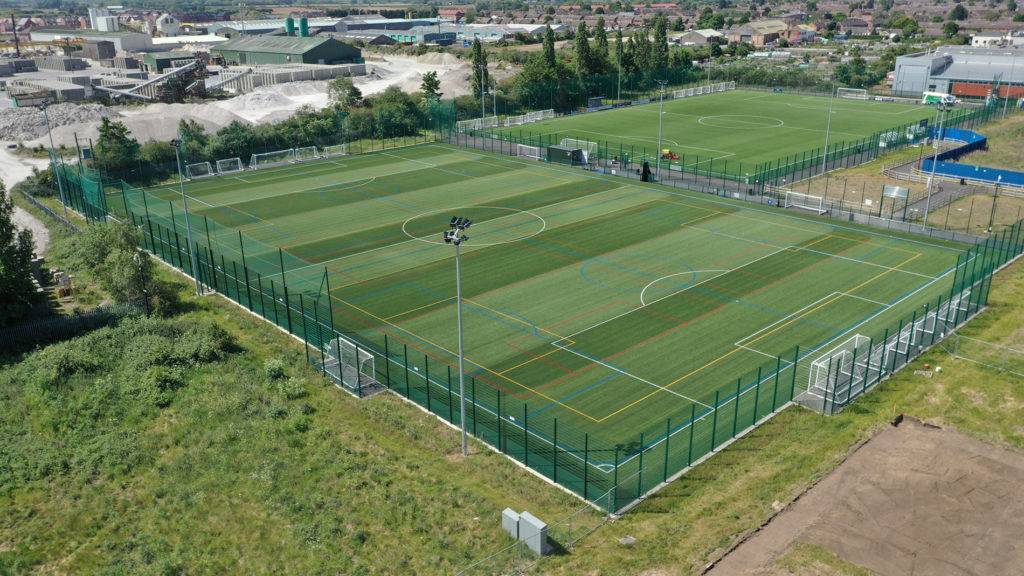 There’s good news for Newark and Sherwood as YMCA have been awarded a £2,500 Pitch Preparation Fund grant from the Premier League, The FA and the Government’s Football Foundation.

The Pitch Preparation Fund was set up in support of the game, which is currently facing unprecedented challenges because of the COVID-19 outbreak.  The Fund is providing grants to clubs that have lost out on normal revenue streams during this difficult period.

The funding will enable YMCA to prepare their football pitches so that they are match-fit for when it is safe to play football again, following Government advice.

YMCA will be using the grant to re-crumb their Stadia and Community 3G pitches.

Clubs and other organisations are also being given access to the Football Foundation Groundskeeping Community. This is a free online resource the Foundation developed with The FA and the Grounds Management Association, containing advice and guidance.  Anyone in Newark and Sherwood can sign up at https://thefa.hivelearning.com/groundskeeping.

Robert Sullivan, Interim Chief Executive of the Football Foundation, said: “This is a vital grant to help YMCA Newark and Sherwood get their pitches match-fit.

“The Premier League, The FA and Government’s Football Foundation exists to help provide quality infrastructure at the lower-levels of the game.  Pitch Preparation Fund grants like this one are giving a helping hand to clubs across the country to get their playing surfaces ready for when the game is allowed to begin again following government advice.”

The Football Foundation is a charity funded by the Premier League, The FA and the Government, through Sport England.

YMCA community fitness classes in Newark help make exercise accessible to everyone, whether you are…

This website uses cookies to improve your experience while you navigate through the website. Out of these cookies, the cookies that are categorized as necessary are stored on your browser as they are essential for the working of basic functionalities of the website. We also use third-party cookies that help us analyze and understand how you use this website. These cookies will be stored in your browser only with your consent. You also have the option to opt-out of these cookies. But opting out of some of these cookies may have an effect on your browsing experience.
Necessary Always Enabled
Necessary cookies are absolutely essential for the website to function properly. This category only includes cookies that ensures basic functionalities and security features of the website. These cookies do not store any personal information.
Non-necessary
Any cookies that may not be particularly necessary for the website to function and is used specifically to collect user personal data via analytics, ads, other embedded contents are termed as non-necessary cookies. It is mandatory to procure user consent prior to running these cookies on your website.
SAVE & ACCEPT